Tax laws to be tightened next year following Nugent findings

Draft legislation to tighten governance at the South African Revenue Service will be tabled early next year, Parliament’s Standing Committee on Finance heard from SARS and National Treasury on Tuesday.

Treasury’s Ismail Momoniat told the committee that amendments would be considered to allow for clarification of the Tax Ombud’s role and outline procedures for both the appointment and removal of a SARS commissioner.

This follows the dismissal of former SARS commissioner Tom Moyane, after the Nugent Commission of Inquiry’s report found a range of governance failings, revenu 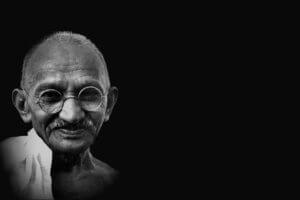 e collection weaknesses and non-compliance set in under his watch.

The commission, chaired by retired Judge Robert Nugent, was a judicial commission of inquiry into tax administration and governance at the revenue collection agency. It handed over its final report to President Cyril Ramaphosa in December 2018.

“The commission made several proposals related to governance or strengthening organisational leadership, requiring amendments to current legislation to be overseen by the minister of finance and we are introducing a bill next year,” said Momoniat.

Under Moyane, SARS also faced controversy for its deal with consultancy Bain & Company, which was found to have developed an operating model which hampered the revenue service’s capacity to operate. The company has paid R217m back to SARS, which covers all its past fees plus interest.

In December 2018 Bain called its involvement with the tax agency under Moyane a “humbling episode”, saying that there is evidence to suggest that Moyane was “pursuing a personal political agenda at SARS”.

SARS Commissioner Edward Kieswetter told the committee that as a result of the Nugent report findings, the revenue service was asked by Treasury to look at the processes of procurement to see if there was any abuse.

“We had to review our standard practices. We were asked to review an IT contract and whether disclosures of conflict of interest and whether SARS derived value for money. SARS has reviewed procurement policy and aligned it to the directive,” Kieswetter said.

Kieswetter told the committee that since referring the Bain contract at SARS to the Director of Priority Criminal Investigations in April, the revenue service has kept a close eye on procurement processes and provisions to prevent abuse.