Interest rates may drop further this week to levels close to those last seen in the 1970s as the Reserve Bank seeks to bolster South Africa’s ailing economy.

Economists expect a cut in borrowing costs of between 25-basis and 50 basis points this Thursday following a meeting of the bank’s monetary policy committee.

SA’s economy, which already slipped into a recession at the end of 2019, could contract by double digits this year due to the sudden halt in economy activity brought about by the nationwide lockdown to stem the spread of the coronavirus.

The Reserve Bank has already joined the world’s leading central banks in aggressively cutting interest rates and increasing bond purchases in an attempt to shore up liquidity.  The Lesetja Kganyago-led bank has cut interest rates by 225 basis points so far this year, having slashed rates by 100 bps at each of the previous two meetings, taking the repurchase rate to 4.25%, its lowest level since 1973. During April it bought R11.4 billion worth of government bonds and relaxed regulations to allow banks to loan more.

A cut of 25 basis points, or 0.25% on Thursday would take SA’s repo rate to 4%, while a cut of 50 basis points would mean a rate of 3.75%. The repo rate is the benchmark interest rate at which the Reserve Bank lends money to other banks.

But to bring SA’s interest rate down to 3.14% – last seen in October 1973 as a response to the oil crisis and slowing global growth at the time – it would take a cut bigger than 100 basis points, notes economist Mike Schüssler.

Central bankers have acted in a coordinated manner in their response to the current economic crisis, following a similar course to that adopted  after the 2008 global recession. The extra liquidity has served to shore up up global stock markets, with the JSE All Share some 2% firmer over the past month, and the rand managing to make some gains against the US dollar.

Kganyago has previously said that the bank would use its monetary policy tools appropriately, and within the bank’s mandate, to support SA’s economy.

Deputy Finance Minister David Masondo made waves in early May when he suggested at an ANC discussion the Reserve Bank could do more to help fund Covid-19 interventions and bolster the economy for growth by directly buying government bonds.

The Reserve Bank currently buys bonds from the secondary market, and says it only does so to remedy any market dysfunction.

The Bureau of Economic Research, in a market update, said the central bank may comment further on its bond-buying activities at this week’s MPC statement. “The bank stepped up its purchases of government bonds in April, but the MPC has so far stressed this should not be seen as quantitative easing but merely to ensure a well-functioning market,” the note read.

The BER expects a rate cut of 50 basis points on Thursday. Inflation is likely hovering near the lower end of the bank’s 3% to 6% target band, it said. At the last MPC meeting the Reserve Bank estimated it would tick in to 3.6% for April.

While the central has predicted the domestic economy will likely contract by 6.1% this year, Treasury has projected a contraction of up to 16.1% in a worse-case scenario under a protracted lockdown. Under this scenario, the employment rate would be pushed to over 50%.

Standard Chartered expects a rate cut of 50 basis points on Thursday, bringing the repo rate to 3.75%, and a further cut of 25 basis points at the July meeting, said Razia Khan, the bank’s chief economist for Africa and the Middle East. Standard Chartered also revised its GDP outlook to a contraction of 6.5%. 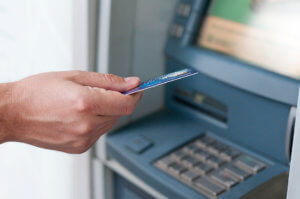