Rand and stocks jump as lockdown is eased

The rand jumped more than 1% to a 2-1/2 month high on Tuesday in an emerging market rally spurred by growing hopes for a global economic recovery, prompting investors to ditch safe-havens for high yielding assets.

The currency ended May on the front foot, buoyed by the South African central bank’s support for the economy, including a fourth lending rate cut in as many months and a bond-buying programme that has eased liquidity strains.

The further easing of nationwide lockdown restrictions on Monday, allowing firms and mines to operate at full capacity and more freedom of movement for consumers, has also improved sentiment towards Africa‘s most industrialised economy.

That has coincided with growing appetite for high-yielding – albeit riskier – emerging market assets, spurred by an easing of lockdowns around the world as coronavirus infections stabilise and stimulus measures soothe investors’ growth worries.

“At current levels, much negativity has already been priced into the rand,” said Nedbank analysts in a note.

“Should capital flows start to emerge and global trade pick up, the rand would benefit from such flows, particularly given the fact that S.A. real bond yields are among the world’s highest and most attractive.”

Stocks enjoyed gains too, in line with global markets, which reached three-month highs.

Companies hit hard by the lockdown were the biggest gainers, including property and financial services firms and retailers.

The biggest gainer on the blue-chip list was fuel firm Sasol , up over 16%. 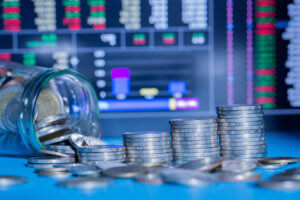