Inflation falls to lowest level since 2005

Inflation has eased to 3%, its lowest level in 15 years.

According to data released from Stats SA on Wednesday, annual consumer price inflation is at its lowest level since June 2005, when the rate was 2.8%.

Analysts had expected it to moderate to around 3.5% from 4.1% in March.

Ahead of the data release on Wednesday, FNB economists said the lockdown, which was in full force during April, would depress the inflation outlook, in light of subdued consumer demand and pressure on supply chains.

“Lower oil prices and potentially lower services inflation pose significant downside risks to our forecasts. We currently expect inflation for the year to average 3%,” FNB said in a note.

FNB had expected the lower petrol price, which decreased by R1.88 per litre, and subsequent transport costs to influence overall inflation.

Commenting on the easing inflation levels, Momentum Investments economists Herman van Papendorp and Sanisha Packirisamy in a report said there is room for the Reserve Bank to cut interest rates by a further 50 basis points during 2020. Momentum Investments expects inflation to fall to 2%, on the back of suppressed consumer demand as a result of Covid-19. Furthermore, it projects growth to contract by 8% and rebound by 2% in 2021.

“We think there is space for a modest 50 basis points of easing in the repo rate in light of depressed growth and a breach.

Investec economist Lara Hodes noted, ahead of the release, that inflation has remained “comfortably” within the Reserve Bank’s target band of 3% to 6%.

This has allowed the Reserve Bank to “aggressively” cut interest rates. The central bank has cut interest rates by 275 basis points this year, with the aim of bringing relief to indebted consumers and businesses as they battle the impact of Covid-19.

Investec projects an inflation outcome of 3.4% for 2020. The first quarter inflation averaged around 4.4%, with Stats SA recording 4.1% for March and 4.6% in February.

Hodes expects domestic food price inflation, which makes up a large part of the CPI basket, to remain contained on the back of improved agricultural production prospects. Hodes said that while the risk to inflation from the depreciation of the currency remained, its effects would likely be muted. Electricity and other administered price increases remain an upside risk to inflation. 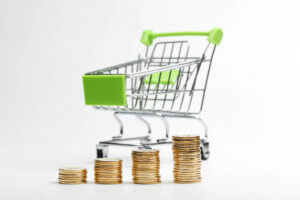