Quantitative Easing (where central banks introduce new money into the money supply chain to support an economy), US dollar weakness, attractive yields and improving global financial market sentiment are some of the factors pushing the rand stronger, but poor data readings and disappointments on economic activity are likely and the rand will not see a linear ascent, market analysts said on Tuesday.

The comments come after the rand broke through and stayed below the key technical level of R16.70 to the US dollar during trading on Tuesday.

“The domestic currency is now around levels at the start of the second half of March, just before the extreme turmoil in global financial markets this year, which reached a nadir on 19 March,” said Annabel Bishop, chief economist at Investec.

She said the local unit continues to strengthen as it reflects improving global financial market sentiment on prospects for the economic recovery. “The latest economic data to support the improving risk-on foreign investor attitude is the unexpected drop that occurred in the US unemployment rate in May, to 13.3% from 14.7%, when a rise was expected.”

Wichard Cilliers, head of dealing at TreasuryONE said the US dollar is on the back foot currently and the emerging market currencies like the rand are benefiting from the USD weakness.

“The USD strengthened a lot whilst the world went into lockdown and the market got frightened about what was going to happen. Since then the tide has turned a bit and more economies in the world have opened up again and this has boosted risk sentiment,” he told Biznews.

Describing the unit’s move overnight to R16.65 as surprising, Cilliers said the positive moves on all the major equity indices in the US and in Asia overnight as markets priced in a post-Covid-19 recovery have spurred on EM currencies, including the rand. As a commodity currency, the rand also benefited from strong metals prices, said Bishop, adding that commodity currencies are up by around 4% month-on-month, which show greater gains over June to date than in May.

On yield both Cilliers and Bishop said the rand is still attractive to yield-seekers. “With most of the developed markets in the world’s interest rates at zero or close to zero, investors worldwide are seeking yield. And even after our recent interest rate cuts, South Africa still offers some yield and this has helped the ZAR as the risk sentiment returned,” Cilliers said.

Bishop said the large volume of QE pumped into the system has seen financial markets increasingly look to invest into higher yielding assets, and with emerging market portfolio assets gaining from this investment flow, so emerging market currencies continue to strengthen substantially, she said.

“For now we do think that the ZAR has had a strong run, but we will see the ZAR back to levels above R17.00 before we see it perhaps look to go and test back into the lower R16.00 levels,” said Cilliers.

Bishop is less optimistic, seeing the rand average at R18/USD in the second half of the year. “If it remains at current levels it will average R18/USD. Our forecast for Q3.20 is R17/USD, weaker than the current rate, but we do not expect the domestic currency will replicate the run of strength seen from April’s R19.35/USD to the R16.60s currently,” she said.

She said the local unit is perceived as overbought at current levels.

However, the rand could see much further strength than anticipated if regulatory reforms and the other factors necessary for improving the ease of doing business in South Africa improve markedly, pulling the domestic currency closer to its purchasing power valuation, Bishop said.

“For now, we believe the rand will shadow the US dollar until there is a change in risk sentiment and EMs are given a reason to diverge,” Cilliers added. 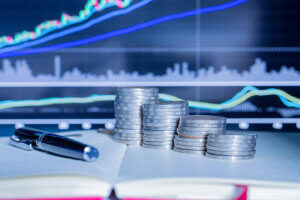