The Ombud for short-term cover warns that paying your premium is not the only requirement.

Disputes relating to the settlement of vehicle claims remain the most prominent complaints against insurers, according to the annual report of the short-term insurance industry’s ombud.

Nearly half of all complaints to the ombud during the last year came from car owners unhappy about the payment of claims by insurance companies.

The Ombudsman for Short-term Insurance (Osti) reveals in its latest annual report that its office received a total of 10 367 complaints during 2019 from the holders of vehicle, home owner, household contents and other short-term insurance policies. Nearly 4 500 related to complaints about the settlement of claims in cases of car accidents and theft.

While some of these complaints were resolved in favour or partly in favour of clients – insurance companies had to fork out a massive R47.7 million more in vehicle insurance claims – only 19% of the complaints had merit.

Investigations showed that insurance companies were in the right in more than 80% of the disputes.

This prompted the ombud to warn policyholders to ensure that they know exactly what their policies cover and the relevant terms and conditions.

Ayanda Mazwi, senior assistant ombud, writes in the annual report that of the 4 492 motor vehicle claim disputes that had to be considered, the primary complaints related to claim settlement calculations. The majority of these disputes related to vehicle shortfall and uninsured accessories.

“Standard comprehensive motor vehicle insurance will not necessarily cover the total amount owed to the bank in respect of a financed vehicle. Should a vehicle be stolen or written off in an accident, the credit shortfall can be crippling as the owner is left owing money on a motor vehicle that they no longer have.”

“Consumers must ensure that their policies include cover for the credit shortfall and any financed accessories which have been added to the insured vehicle,” says Mazwi.

The second biggest cause for complains about the payment of vehicle claims was that insurers rejected claims due to non-disclosure or misrepresentation of details or, alternatively, failing to inform the insurance company of important changes that can influence the contractual agreement between the insurer and the client.

Be aware of those Ts & Cs

At the end of the annual report, Peter Nkhuna, another senior assistant ombud at Osti, gives an example of a claim that was rejected. He says he sometimes thinks that a lot of vehicles considered to be covered by insurance are effectively not insured in that consumers do not comply with the terms and conditions of the insurance policies.

“We often find that the insured are of the mistaken belief that by simply paying premiums, they are entitled to have all their claims settled by their insurers,” says Nkhuna.

He tells a story of an investigation by Osti in which a car owner complained that his claim was rejected when his car was destroyed in a fire. The case focused the attention on a condition that the owner has a duty to maintain the insured vehicle and keep it in a good state of repair.

In this case, the insurer rejected a claim after an inspection of the wreck found that the fire started inside the engine due to overheating.

It was found that a radiator hose was tied on with a piece of wire instead of a proper clamp being used, and the engine had severe oil leaks.

The assessor ruled that the fire was the direct result of the poor condition of the vehicle and would not have happened if the car was maintained properly.

The claim was rejected as insurance policies exclude losses caused by mechanical failure due to excessive wear and tear and bad maintenance. The Osti investigation found that the insurer’s stance could not be faulted.

Nkuna’s colleague, senior assistant ombud Thasnim Dawood, dealt with an even more bizarre case in which an insurer rejected a claim on the grounds of material misrepresentation and non-disclosure. The insurer argued that the client neglected to inform the insurance company of changes in circumstances that resulted in a material change in the risk covered by the policy.

When a policyholder added a new car to his policy, he informed the insurer that the regular driver of the vehicle would be his son, which was duly noted and accepted by the insurer. The insurance agent apparently also enquired about the risk address as it has a direct impact on the insurance company’s risk assessment.

At the time of the accident, the car was not driven by the son as the noted regular driver, but by the policyholder’s daughter-in-law. Dawood reports that during the investigation of the claim, the insurer found that the couple had separated at least six months prior to the accident. She was staying at a different address to the one noted in the policy, and it seems she was the regular driver of the car to transport the couple’s children.

Another argument surfaced between the policyholder and the insurance company when it came to light that the driver did not have a driver’s licence at the time of the accident, only a learner’s licence.

The policyholder argued that the policy did not describe or define the term ‘driver’s licence’.

And that it therefore did not exclude a learner’s licence.

The policyholder maintained that the insurance agent was aware of the fact that the driver did not have a driver’s licence. It is not mentioned in the report if the driver complied with the conditions of a learner’s licence, such as only driving while under instruction of a licensed driver, without other passengers in the car.

Not surprisingly, the ombud upheld the insurer’s rejection of the claim after its investigation. It does, at least, provide policyholders a good warning to ensure that their insurance details are updated regularly.

Another interesting figure from the Osti report shows that motorists are apparently becoming more responsible with regards to drinking and driving. This is despite the rather strict approach of insurers, based on circumstantial evidence alone.

The 238 complaints to the ombud involving insurers rejecting claims on the grounds of suspected driving under the influence of alcohol were 13% lower than in the previous year, and those were 15% lower than the prior year.

“Osti has always cautioned consumers that a driving-under-the-influence rejection may be justified on circumstantial evidence alone, despite the driver not having been tested for alcohol by way of a breathalyser or a blood test, or having been convicted of a criminal offence concerning the incident,” says Mazwi.

He notes that in prior years some insurers relied on insufficient circumstantial evidence to justify such rejections, and Osti overturned these decisions. “Perhaps these statistics indicate that insurers are validating DUI [driving under the influence] claims in a fairer manner. It could also display an improvement in responsible consumer conduct, such as using e-hailing services,” he says.

Following car-related complaints, home owners filed the most complaints against insurance companies, either concerning claims related to damage to buildings or how insurers handle losses regarding household contents.

Osti considered 1 843 complaints relating to homeowner policies, more than half of which were about claims for damage by acts of nature.

The primary cause (30%) was due to the rejection of claims based on the insurer’s contention that losses were largely the result of wear and tear, gradual deterioration and lack of building maintenance.

“If the damage claimed is attributed to the poor condition of the property, the policy may not respond – even if an insured event did occur,” warns the ombud.

Assessment of such disputes will be based on the information in expert reports and photographs submitted by the concerned parties.

Osti points out that burden of proof lies with the insurer when it rejects a claim and that the insurance company must prove a connection between the condition of the property and the damage.

Only 15% of complaints in respect of homeowners insurance claims were eventually settled with relief to the policyholder. Insurers had to pay out an additional R14.7 million on these claims.

Complaints against insurance companies regarding the payment of household contents claims, mostly due to losses as a result of theft and burglary, were largely about the calculation of settlement values. Osti lists the usual reasons for the disputes between insurance companies and their clients, such as underinsurance, the determination of replacement values and proof of ownership of items.

“The secondary cause for complaints was rejections where the insurer’s underwriting criteria for the insured event were not met. Examples include minimum security requirements, such as a burglar alarm with armed response, burglar bars and security gates that did not comply with conditions,” says the ombud.

It advises consumers to review their policy documents to see what is covered and to ensure compliance with terms and conditions. The reason seems obvious – claims were seen to be settled fairly in 82% of the cases, with only 99 out of 551 complainants getting additional relief. It cost insurers R2.9 million, or an additional R29 000 (on average) towards each of the unhappy clients. 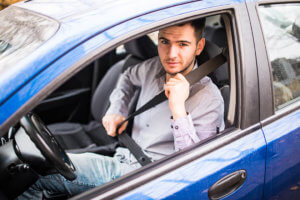