Since the announcement of the Reconstruction and Recovery Plan, South Africa has launched two major human settlement projects that will provide homes to almost 68,000 households in the Gauteng province. Plans to establish the Lanseria Smart City, the first new city to be built in a democratic South Africa, are also well underway

The draft masterplan for this smart city – which will become home to between 350,000 to 500,000 people within the next decade – was completed in November 2020 and is now out for public comment. Cyril Ramaphosa acknowledged that many people had ‘laughed’ at his desire to build a new city.

South Africa has secured nine million vaccines through Johnson and Johnson, which will arrive in South Africa over the next few days. A further 12 million jabs will be supplied by COVAX, and Pfizer are set to give us 20 million doses. These two inoculations will start arriving in this country from March onwards.

In jump-starting the economy amid the pandemic, government further announced a commitment of R100 billion to support and create over 800 000 employment opportunities over the next three years.

This will be done through the Reconstruction and Recovery Plan aimed at steering the country back to desirable growth levels in the aftermath of the Coronavirus pandemic. In addition, over 60 000 jobs will be created for labor-intensive maintenance and construction of municipal infrastructure and rural roads.

These are some quite literally green shoots of recovery: In the midst of the economic damage caused by COVID-19, South Africa’s agricultural sector has performed remarkably well. In 2020, SA became the world’s second-largest exporter of citrus, with strong export growth in wine, maize, nuts, deciduous fruit, and sugar cane.

But wait, there’s more. The favourable weather conditions in 2020 and the beginning of 2021 mean that agriculture is likely to grow in the near term. This is certainly a source of undeniable positivity.

The President had some great news about the ‘buy local’ campaign, in a bid to stiumulate South African growth.

“All social partners who participated in the development of the Economic Reconstruction and Recovery Plan as part of our social compact have agreed to work together to reduce our reliance on imports by 20% over the next five years.”

“They have identified 42 products – ranging from edible oils to furniture, fruit concentrates, personal protective equipment, steel products, and green economy inputs – that can be sourced locally.”

During his address at SONA 2021, the president shared a most-welcome update on a very popular SASSA grant.

Earlier this year, several prominent ANC members suggested that a Basic Income Grant would replace the R350 grant. The idea is a popular one amongst the public and politicians alike, but finding a way to fund this has often proved tricky. For now, the SRD support fund will get a three-month reprieve.

There has been a sharp decline in growth over the past year. In the third quarter of 2020, the economy had shrunk by 6%. Poverty and inequality are also increasing, and Ramaphosa was seemingly sheepish on how he’d directly bridge this gap.

Meanwhile, there were 1.7 million fewer people employed in the third quarter of 2020 vs the first quarter of 2020. The official unemployment rate stands at 30.8%, as of February 2021. The expanded rate is likely to remain above 40%

ESKOM – DEFENDING THE INDEFENSIBLE AT SONA 2021

Ramaphosa’s claims that Eskom is ‘on the path to recovery’ may have had some merit in terms of infrastructure restoration… but this was rather hard to swallow, given that we’ve just come through Stage 3 power cuts this week. The president trumped-up efforts to secure more power. But he was soon back down to Earth…

There is likely to be an electricity supply shortfall of at least 4 000 MW – for the next five years.

FOCUS ON CORRUPTION FOR SONA 2021

While the country continues to wage war against fraud and corruption, the Special Investigating Unit (SIU) recently announced that 6 140 government officials face criminal liability after investigations found that they had dipped into the TERS to the tune of R41 million.

The office of the Auditor-General has previously found that among those who benefited from the scheme were people beyond the legal age of employment, or were deceased, working in government, receiving social grants or students funded by the National Student Financial Aid Scheme.

To this effect, the government has opened 75 criminal cases that are currently under investigation.

Cyril couldn’t put any gloss on this one…

The new Astra-Zeneca vaccine ‘provides minimal protection to mild cases of the new variant’, Ramaphosa stated. This strain has since become dominant in South Africa. The president also confirmed that this second wave was more severe and it cost many more lives than the first wave.

AN EYE-WATERING BILL FOR TERS REVEALED AT SONA 2021

Yes, the support is brilliant: But just look at that hole blown in the fiscus: More than R57 billion in wage support had to be paid to over 4.5 million workers through the Special UIF TERS scheme. Over R1.3 billion has been provided in support mainly for small- and medium-sized businesses. It’s a significant amount that has come from the state coffers.

EXPANDING THE SPECTRUM ‘COULD BE DELAYED BY LEGAL MATTERS’

According to Ramaphosa, the move to create a wider network frequency is facing a legal challenge:

“The process for the licensing of high demand spectrum is at an advanced stage. We hope that the ongoing litigation on the licensing matter will provide legal certainty and will not unduly delay the spectrum auction process.”

SLOW RECOVERY ‘WILL CAUSE MORE SUFFERING’

Ramaphosa may have sugarcoated many issues on Thursday evening, but he was uncompromising here. He stated that businesses in several sectors are still struggling – and ‘many families continue to suffer’ as the job market slowly recovers. 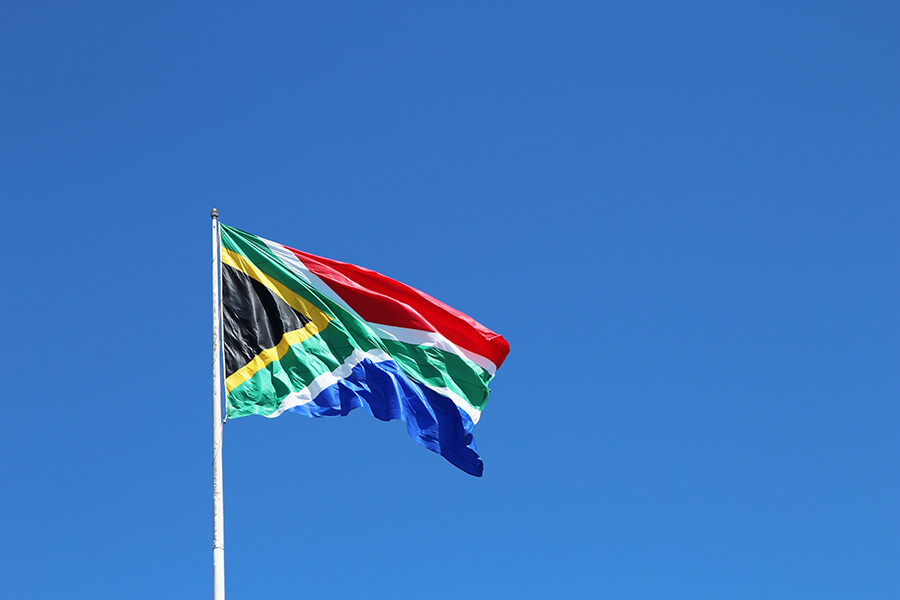